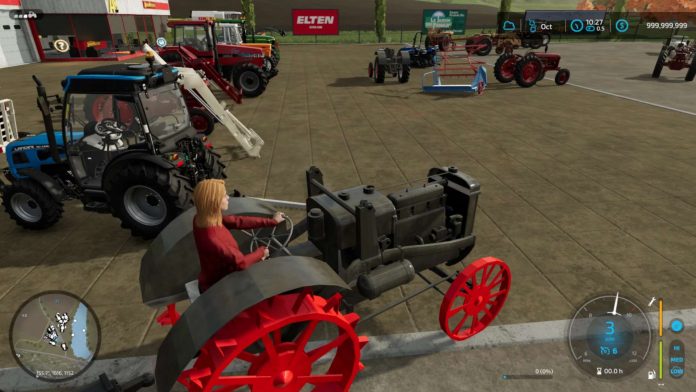 McCormick Deering 15-30 FS22
Just a small update to the 15-30
I adjusted the front wheel size to make it more level and fixed the rim colors
Added a range that allows for a slightly faster High gear
In 1922 the revolutionary 3-plow International 15-30 Gear Drive was a renamed the McCormick-Deering 15-30. In early 1923 it was International Harvester’s only tractor model as the 2-plow International 8-16, 3-plow Titan 10-20, and 4-plow International 15-30 chain drive became discontinued. The McCormick-Deering 10-20 Gear Drive wasn’t out until later on in 1923. In export markets the tractor continued to be badged as an International, or as Deering, or McCormick. Throughout the production run the nickname 15-30 became ever popular and commonly known with farmers across most regions, especially throughout the States and Canada.