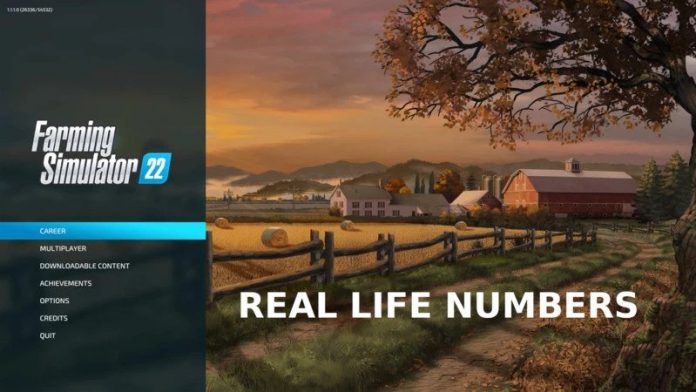 RealLifeNumbers v1.0 FS22
This mod has two main objectives:
To define a game environment mimicking real-life farming.
To enable players to individualize the game using a simple editor.
Version 1.0.0.0
Consider this a beta version. Testing has been very sparse.
This mod is very downscaled compared to the original mod for FS19. The FS22 version includes the following scripts:
RealNumbersFieldPrices.lua: (press lAlt-rf to get a list of field area and other information)
Adjusted prices of farmland
Defines a fraction of the farmlands as leaseable at a reduced cost (can be turned off)
RealNumbersFillTypes.lua:
Adjusted pricePerLiter (only fillTypes, not buildings or equipment)
RealNumbersFruitTypes.lua
Adjustable yield, windrow yield and seedUsage (default is no scale)
RealNumbersStorePrices.lua:
Adjustable prices for bales, bigbags, bigbagpallets and pallets
RealNumbersLeasing.lua:
Adjustable leasing cost for equipment (default: flat daily fraction of trade value)
RealNumberContractRewards.lua:
Adjusted rewards for missions
RealNumbersSellingStations.lua
Reduced price variation between sellPoints
Still to do: reduce helper wages.
Each script is independent. All scripts, except RealNumbersFieldPrices.lua, can be commented out in modDesc.xml.
There is only one universal version of the mod. Mod users in different parts of the world may need to adjust the price scaling inside each script to fit price levels in their part of the world.
In the FS19 version, a unique set of parameter values were defined for each item. I do not have the time to repeat this detailed approach in FS22. In the FS22 version, items are scaled in large groups. E.g., all fillTypes are scaled by the same number.
This mod has not been written for Multiplayer mode. Nor has it been tested in Multiplayer mode.